The 2019 Professional of the Year (POY) Awards Dinner and 50th Anniversary Celebration was held on June 20, 2019 at the Huntsville Botanical Garden's Grand Hall.


Our 2019 Joseph Moquin (Professional of the Year) Winner: Trevor Bowers from SMTA 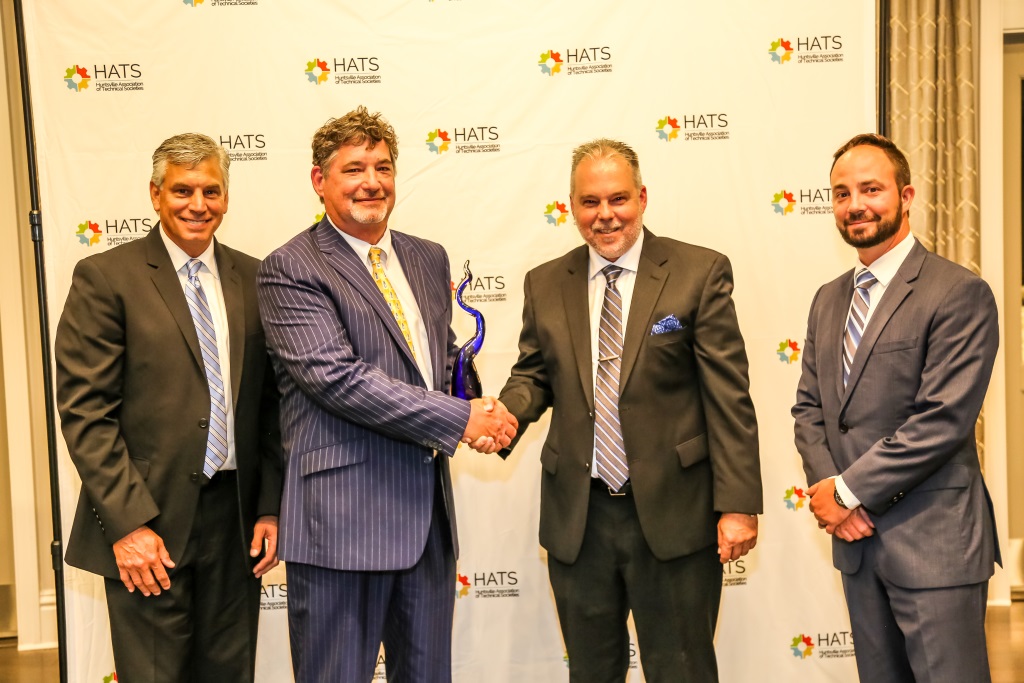 Our 2019 Bill Roark (Young Professional of the Year) Winner: Lauren A. Badia from AIAA 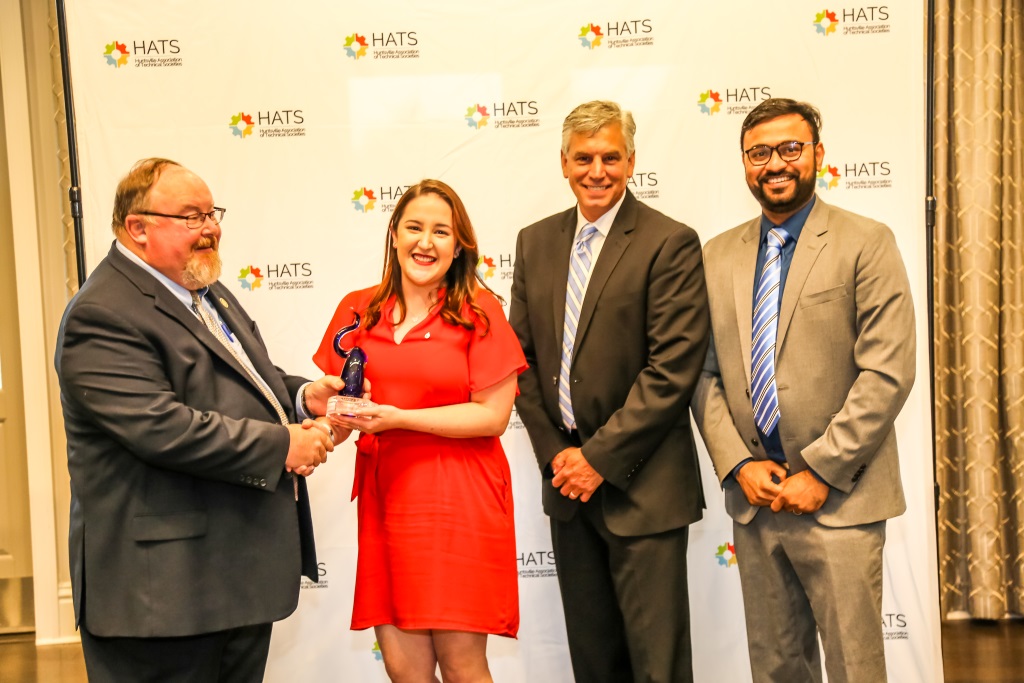 Our 2019 Society of the Year Winner: ASME 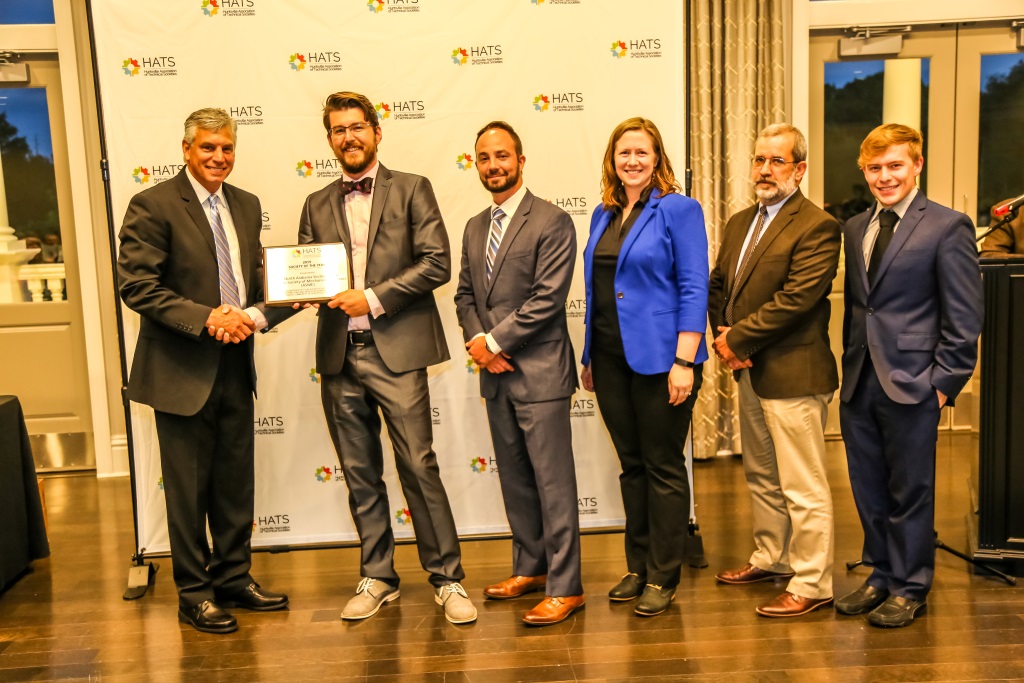 Thank you to everybody that came! 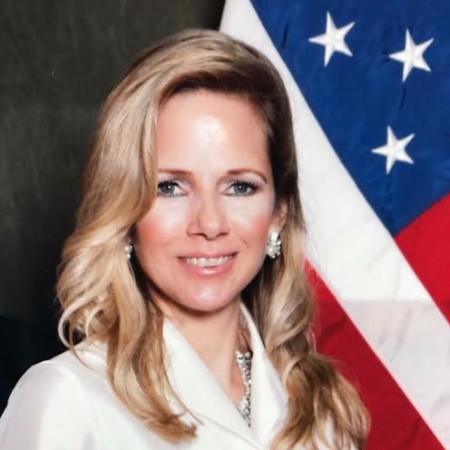 26+ years producing solutions for tactical, operational and enterprise level fielding and sustainment of capabilities for the Joint Force/multi-domain operations.

Our Emcee for the evening: 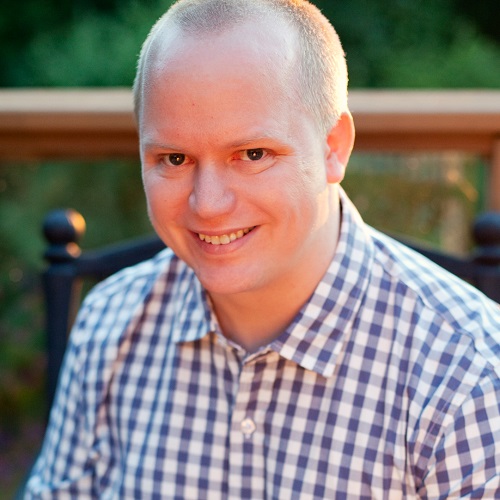 Huntsville-born Dan Nagle has been internationally recognized for contributions to the fields of both web development and computer networks. Most recently, he was featured at our local IEEE conference for a project he invented that has passed 500k downloads. 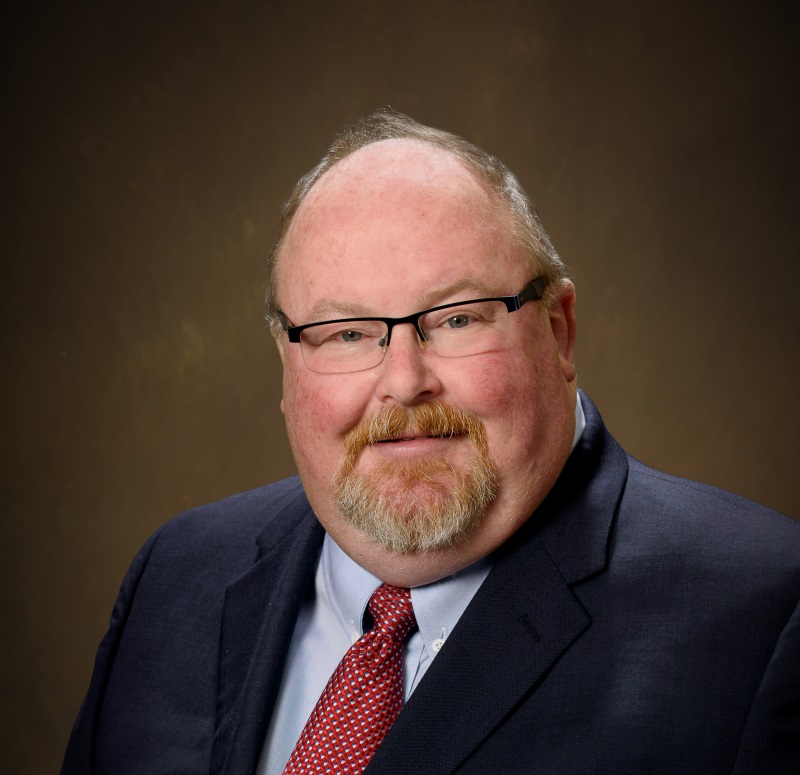 The namesake of our prestigious Young Professional of the Year award. 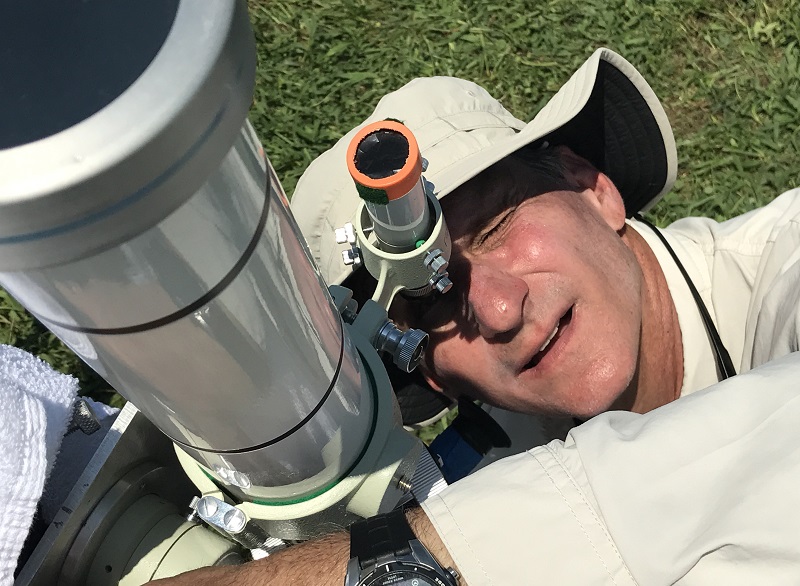 Dr. Gordon Telepun is a board certified plastic surgeon. He ended up in the Tennessee Valley as his surgical training continued to move him South. He completed 5 years of general surgery training in Baltimore, Maryland at the University of Maryland Hospital. He spent 2 years in Richmond, Virginia doing a plastic surgery residency at Medical College of Virginia. And from 1992 to 1993 he did an additional fellowship year of training in breast reconstruction and cosmetic surgery at Baptist Hospital, in Nashville, Tennessee. In July of 1993, he brought the specialty of plastic surgery to Decatur General Hospital. Since that time he has been in solo private practice specializing in reconstructive surgery of the breast and cosmetic breast and body contouring

Although there are “eclipse chasers” that have witnessed more solar eclipse than Dr. Telepun, very few has spent as much time working out ways to help others enjoy the spectacle. After his first eclipse in 2001, he immediately saw a need for a specialized eclipse timer designed with the eclipse photographer in mind. He developed the first software app of its kind, which was an eclipse “talking timer” that was programmed for Windows 98 and Windows Pocket PC. It was used successfully in 2002. This concept was greatly improved due to the power of mobile devices and it was released as a mobile app, Solar Eclipse Timer, in 2017 for the Great American Eclipse. It became the #1 timing app used for the 2017 eclipse in the USA.

In addition to being an expert eclipse photographer, Dr. Telepun is dedicated to solar eclipse education. He has authored and posted hours of content on his YouTube channel called, Solar Eclipse Timer, concerning all aspects of solar eclipse observing and photography. He has a special interest in the partial phase phenomena, the interesting things that happen as the Sun is being obscured by the Moon.

In a book recently published by the Astronomical Society of the Pacific called “Celebrating the 2017 Great American Eclipse: Lessons Learned from the Path of Totality”, Dr. Telepun has contributed two scientific articles. One article concerns the science of shadow bands based on observations taken in the southeast and on this article he has three NASA co-authors. The second concerns the phenomena of sharp and fuzzy shadow edges during the partial phases of an eclipse.

The University of Alabama in Huntsville

One of the nation's premier research universities.

ASQ is a global community of people passionate about quality.

Superior products and services to our Government and industry customers.

Provide services to a large, diverse group of customers.

For electronics engineering and manufacturing professionals seeking to improve processes.

more than 1200 IEEE members living in Huntsville and Northern Alabama.

Women of the Tennessee Valley who contribute to the nation's defense through their service.

To increase business opportunities for high technology small businesses in the Huntsville area.

The Joseph Moquin Award, also known as the HATS Professional of the Year, is given to an individual with outstanding contributions.

HATS is proud to announce the change of our annual Young Professional of the Year Award as the Bill Roark Award.